It’s Monday and you know what that means… Meet Sergeant Benedettini! Sergeant Benedettini grew up in St. Clair Shores and attended De La Salle Collegiate High School. After High School he went on to attend Walsh College where he earned a Bachelor’s Degree in Business Administration. Before being a Police Officer for Shelby Township, he was a Patrol Officer at the Warren Police Department for 2 years. Sergeant Benedettini has been with the Shelby Township Police Department for 16 years now. In those 16 years he had many roles. He started as a Patrol Officer, was a member of the Traffic Bureau and filled in as a School Resource Officer at Eisenhower High School. In 2019 he was promoted to Sergeant and now he oversees the Community Policing Unit and the Traffic Bureau. His job consists of fatal crash investigations, background investigations, Public Information Officer/media relations and a RAD (Rape Aggression Defense) instructor; which is a self-defense class for women. Sergeant Benedettini was the President of the Shelby Twp. Patrol Officers Association and is currently the President of the Shelby Twp. Command Officers Association. He was also chosen by the department to attend Northwestern University’s School of Police Staff and Command and graduated with class #476. During his career he earned and received many awards including 2 lifesaving awards. As you can see, Sergeant Benedettini wears many hats here at the Police Department so in his off time he enjoys spending time with his wonderful family. Sergeant Benedettini is a family man and his family consists of his beautiful wife and their two children. He also enjoys hanging out with his friends, coaching his son’s soccer team, playing some pool, golfing, working out/running and cooking. Make sure you say hello to Sergeant Benedettini! 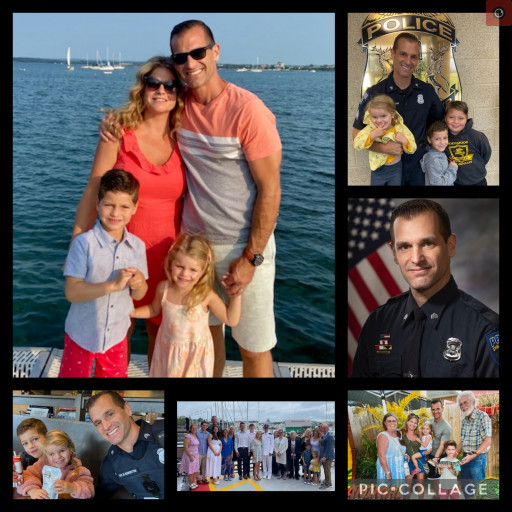