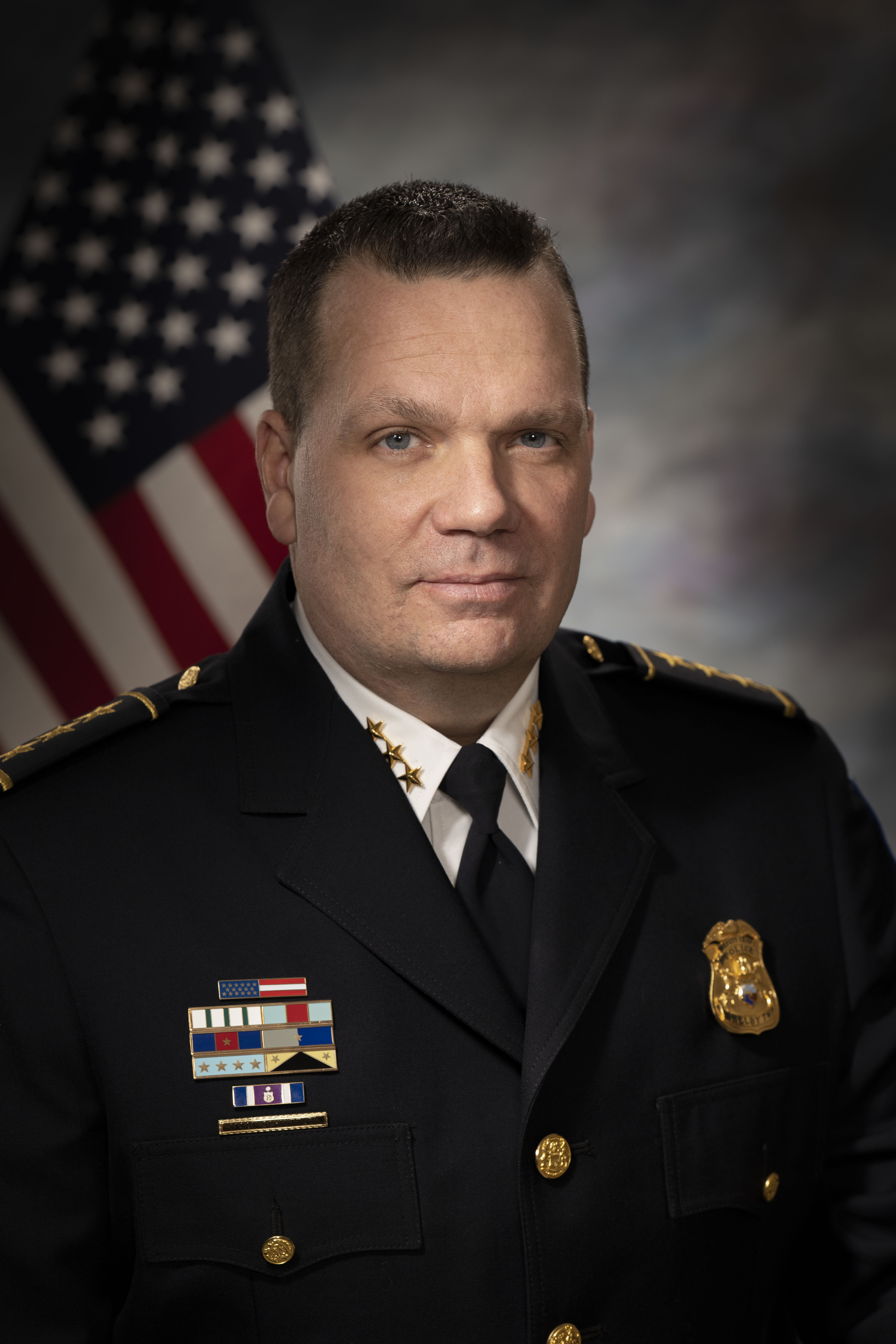 Deputy Chief Jason Schmittler graduated from Central Michigan University in 2016 with a M.S.A. degree in public administration. He attended the Washtenaw Police Academy and joined the Shelby Township Police Department in April 1993. Deputy Chief Schmittler spent his first nine years assigned to the patrol division. During this time he was a field training officer, evidence technician, firearms instructor and member of the entry team. He was selected Officer of the Year twice and received the Honor Award for his service provided in the line of duty.  In 2002, Deputy Chief Schmittler was promoted to Sergeant and assigned to the patrol division. In 2004, he was assigned to narcotics and led the drug team for the next ten years. The unit was recognized for over 1,000 arrests, $1,000,000 in forfeiture and the largest marijuana seizure in Macomb County. In addition to drug crime, Deputy Chief Schmittler commanded and investigated major cases.  In 2014, he was promoted to Detective Lieutenant and was responsible for the daily operations of the Criminal Investigations Division. In addition, he was sworn in as a part time Task Force Officer for the Macomb FBI Violent Crime Task Force. During this time, Shelby Township Police Department added personnel to the Drug Enforcement Administration, Macomb Auto Theft Unit and established a cellular forensic lab to retrieve evidence crucial for prosecution. In September 2018, he was promoted to rank of Captain, overseeing the daily operations of the Patrol and Criminal Investigations Divisions.

Deputy Chief Schmittler is a graduate of the Northwestern University School of Staff and Command, Class 335.
jschmittler@shelbytwp.org

Captain Pat Barnard received his Associates Degree in Criminal Justice from Macomb Community College in 1991.  He joined the Shelby Township Police Department in January of 1998 as a patrol officer until being promoted to the rank of Sergeant in 2009.  Captain Barnard was later promoted to the rank of Shift Lieutenant in November of 2017.  In January of 2018, he was given the assignment of Detective Lieutenant where he was responsible for the daily operations of the Criminal Investigation Division.  Captain Barnard was promoted to the rank of Captain in January of 2022 where he oversees the daily operations of the Patrol Division, as well as the Criminal Investigations Division.