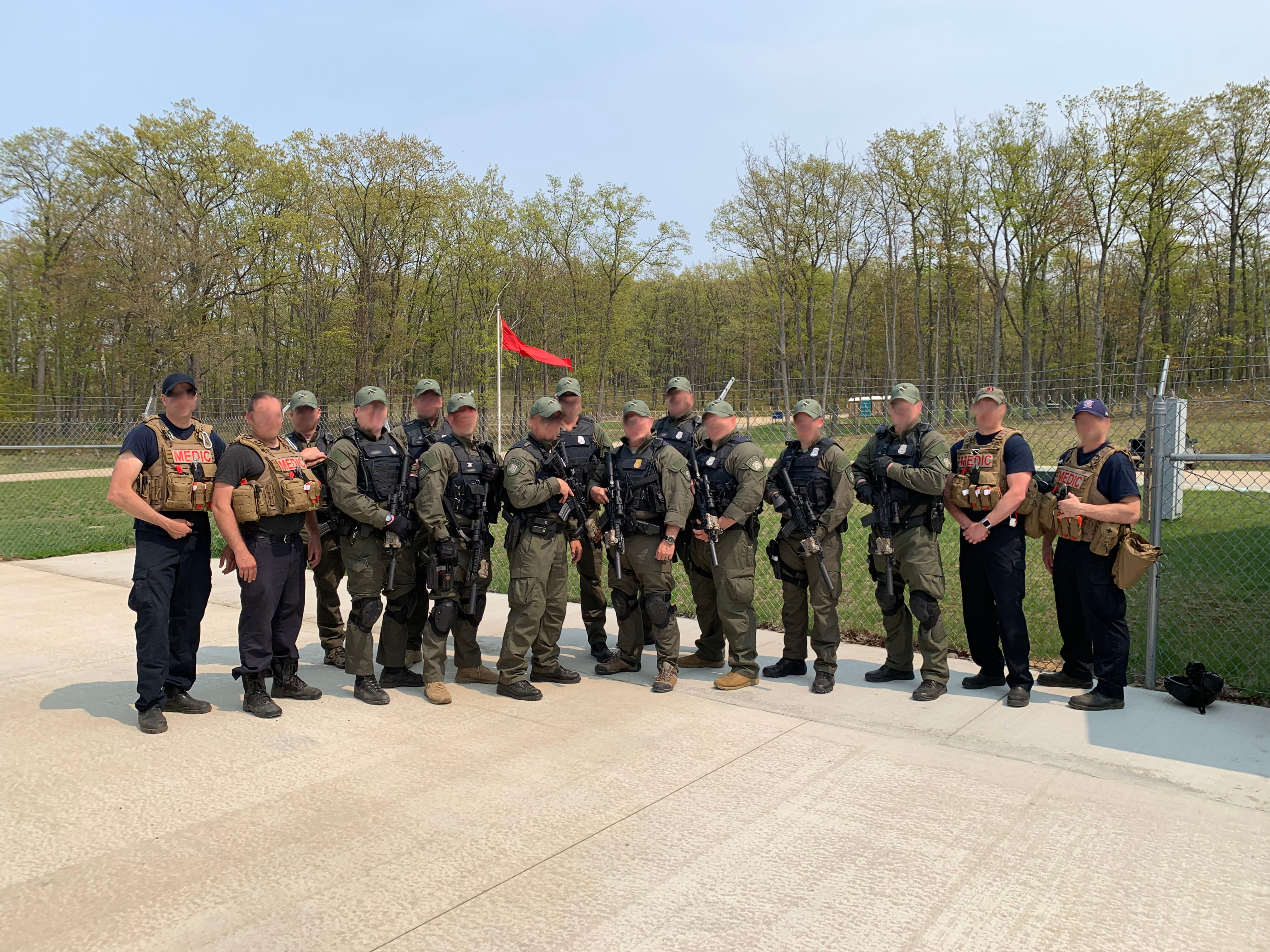 Shelby Township Police Department established a Tactical Response Unit (TRU) in August of 2016.  This team of officers consists of  patrol officers and commanders that are sometimes called to action in the course of their duties to serve in a tactical response capacity.  The purpose of the team is to protect lives and property by providing a unified tactical response by utilizing tactics acquired through diligent training and continuous education while collaborating with specialty bureaus and other law enforcement agencies.  The TRU team is commonly activated in scenarios that involve a high degree of risk for both law enforcement and our citizens, including barricaded gunman and hostage situations, high-risk warrant arrests and the service of very high risk search warrants.  The Shelby Twp Police TRU team trains with other local special tactics teams and is continuously updating and honing their skills, equipment and tactics to increase the safety of both officer and the citizens we serve.  The Shelby Township Fire Department is an active participant with our TRU team as well, and a number of Shelby Twp Fire Personnel participate on the team as tactical medics.  The inclusion of these specially trained medical personnel on the team greatly increases the likelihood that we can get care to those who need it in a critical situation much more quickly than we could otherwise.