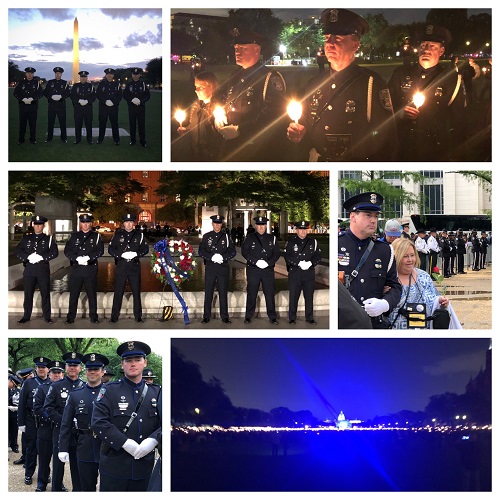 The Shelby Township Police Honor Guard is comprised of sworn police officers who are trained in the duties performed at various township, military, and police ceremonies. The officers represent the Shelby Police Department at funerals of Police Officers across the country as well as attend National Police Week held in Washington D.C. each year. During National Police Week, Shelby Township Police Honor Guard Members assist with several ceremonies which honor fallen Police Officers and their families.  All Honor Guard members recognize that it is their duty to serve the public, and to respect and honor those Police and Military personnel that have paid the ultimate sacrifice while keeping our communities and Country safe