Good morning and everyone knows what day it is! And this week we would like to introduce you to Officer Verdura. Officer Verdura grew up in in Macomb Township and attended Dakota High School. He went on to graduate from Rochester University (with honors) where he played baseball and received his Bachelor’s degree in Business Management. Since graduating, Officer Verdura has been with the Shelby Twp. Police Department for over 2 years now. He started at the department as a cadet in January 2020 then was sent to the Police Academy in August of 2020. He graduated the Police Academy in December of 2020. Since being on patrol, he has been trained and is an Evidence Technician, a Field Training Officer (FTO) and most recently a part of our Tactical Response Unit (TRU team). He has additional training in photography, latent fingerprinting and TruNarc which is a handheld drug detector. Officer Verdura says his biggest accomplishment so far in his career is being selected to be on our tactical team, TRU. When Officer Verdura is not working he enjoys traveling, attending concerts, going to Tiger’s games, Lion’s games, Red Wing’s games, exploring new restaurants and spending time with his girlfriend as they are big foodies! He enjoys staying active and playing slow-pitch softball tournaments and golfing. He also loves spending time with his two dogs, Lacey (the one on the left) and Spark (the one on the right). He also goes back to Dakota where he graduated from and is an Assistant Varsity baseball coach! Officer Verdura works dayshifts so if you get a chance to meet him, make sure to say hello! 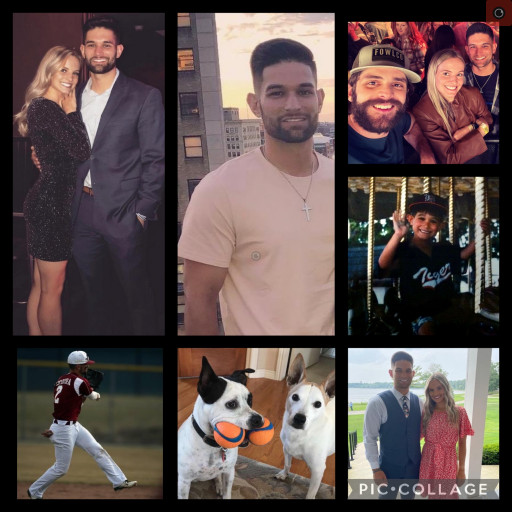