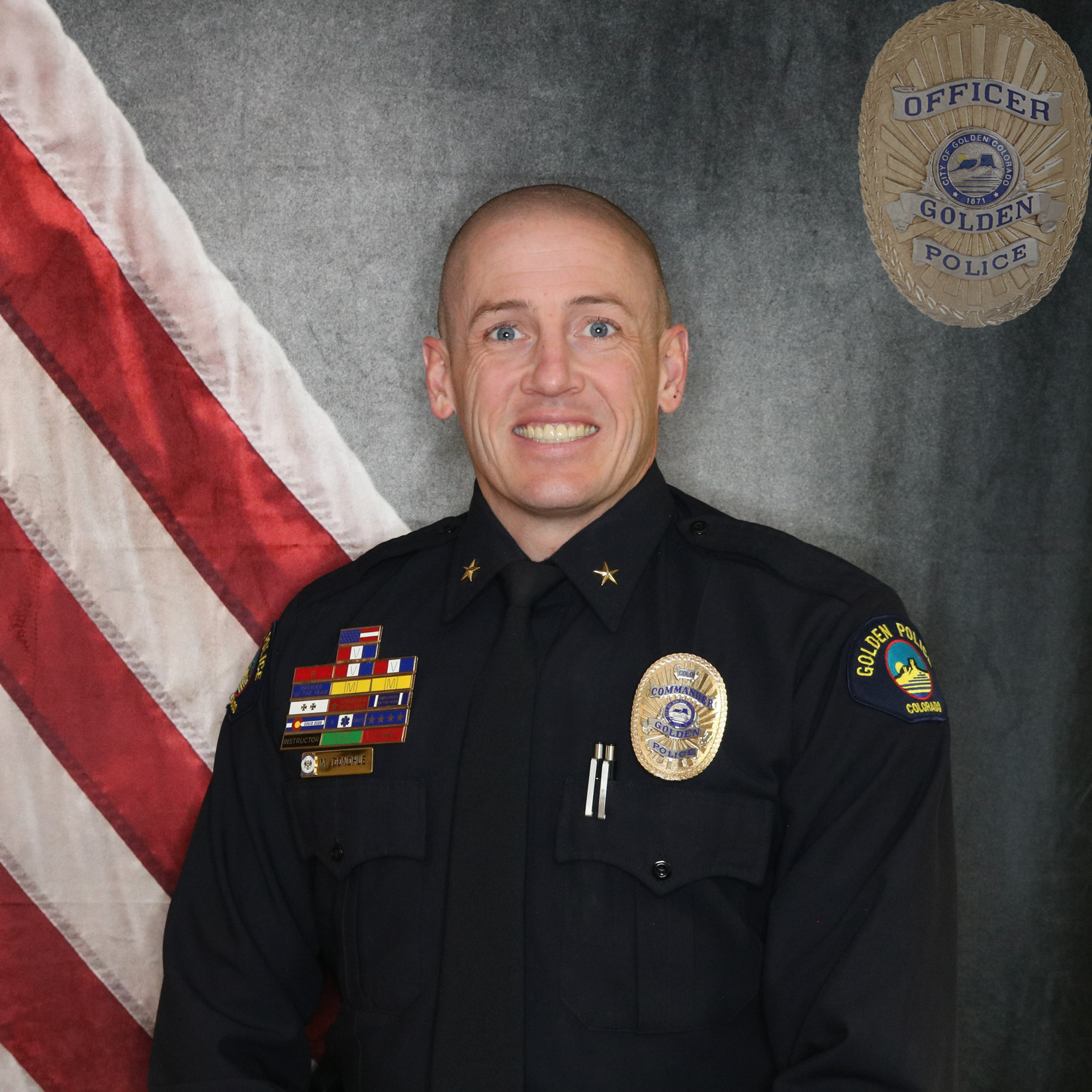 Mark is a Colorado native, born and raised in Lakewood and graduating high school from Green Mountain in 2001.  In 2004, he joined the United States Marine Corps and was stationed in Kaneohe Bay, Hawaii with 1st Battalion, 3rd Marines.  In 2006 he deployed to Afghanistan in support of Operation Enduring Freedom and in 2007 to Iraq in support of Operation Iraqi Freedom.  After finishing his enlistment as a Staff Sergeant (E-6) he attended Colorado State University where he received his Bachelor of Arts degree in Communications.  He is currently enrolled at CSU seeking his master’s in business administration.

Mark was hired in 2012 by the Golden Police Department and has served in multiple leadership positions.  He was a Team Leader and Corporal before being promoted to Sergeant in 2017 and Commander in 2022.  He is a multi-disciplinary instructor and served on the Jefferson County Regional SWAT Team for over 6 years.  He is a national instructor for tactics and leadership for the National Tactical Officers Association.

Mark has been married for 10 years and he and his wife have two daughters.  In his off time, he and his family enjoy taking vacations and spending time together.