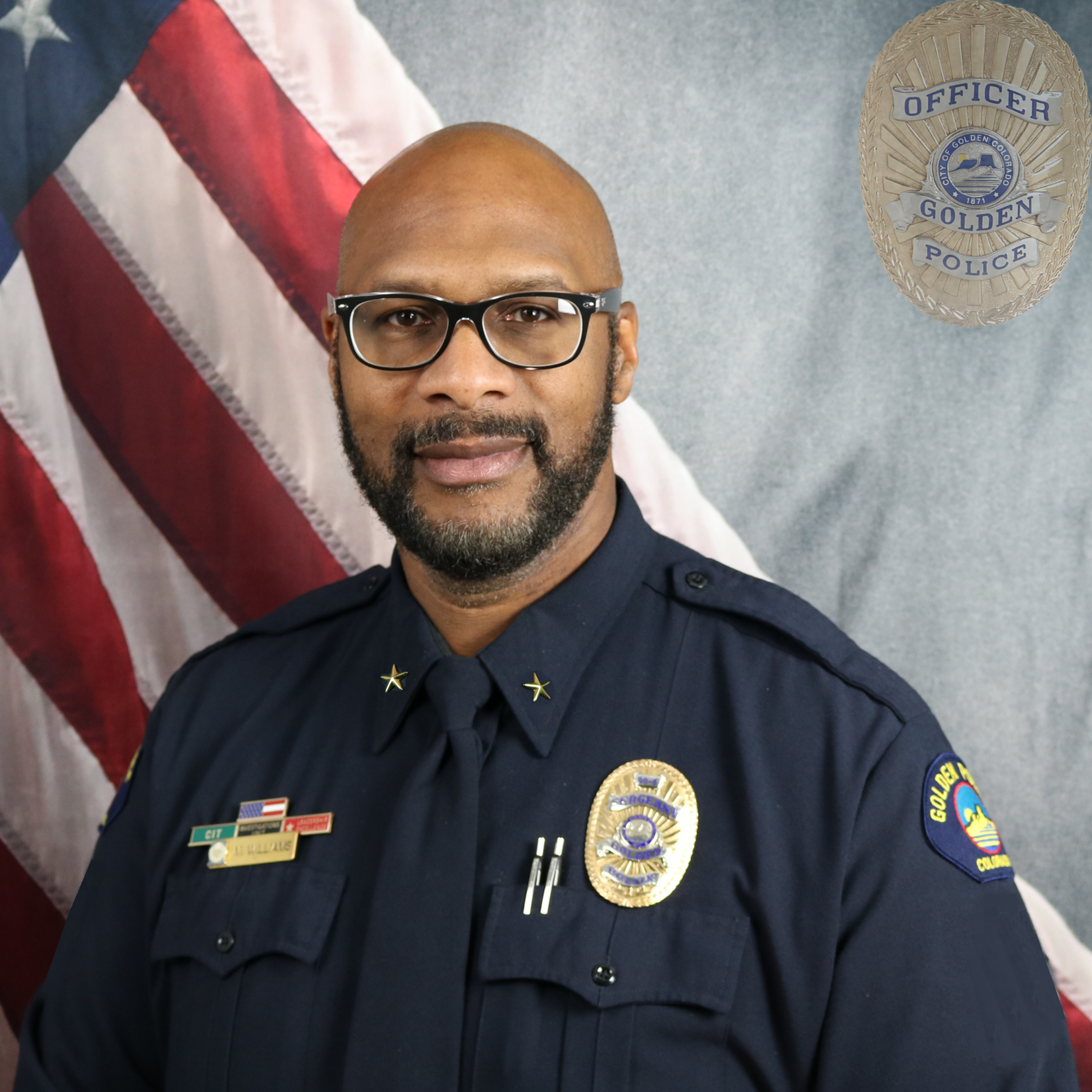 Marcus, who is originally from the east coast, relocated to Colorado in 1996. He worked several years in juvenile corrections before starting his career as a police officer.

He has been with the Golden Police Department for over 22 years. Throughout his time with the department, he served the community as a Patrol Officer, Detective, Patrol Sergeant, Special Enforcement Team Sergeant, and Criminal Investigations Sergeant before being promoted to Patrol Commander.

He prepared for his role by graduating from the Northwestern University School of Police Staff and Command and the University of Denver Daniels College of Business Public Safety Leadership Program. He is received the FBI LEEDA Tribology Award for leadership.

Commander Williams has dedicated his life to serving as a guardian to others and looks forward to continuing to protect and build partnerships with Golden constituents.