On 11/22/22 at approximately 6:00pm, the Hillsboro Police Department respond to a single motor vehicle crash on Old Henniker Road where officers found a vehicle with extensive damage. The driver was not found with the vehicle, and ultimately Canine Gibbs and Sergeant Hodgen began trying to track the driver. It was suspected that the driver may be suffering from a head injury.

Canine Gibbs tracked from the crash scene almost 3/4 of a mile, heading from the scene towards Emerald Lake through the woods. The track then began coming back through the woods towards a direction that would ultimately lead towards the driver's residence.

Believing that the subject was trying to make it home and with the search team fatiguing. The track was stopped and the search team regrouped while officers were sent to the driver's residence.  After not locating the subject at the residence Canine Gibbs and Sergeant Hodgen re-entered the woods and began an area search from the residence back towards where the initial track had ended.

About 1/8 of a mile into the woods Canine Gibbs was able to locate the driver underneath some thick trees and bushes.

The driver was found to be barely breathing and showing signs of hyperthermia and a medical condition. Officers were able to get the driver, the medical attention he needed and he was ultimately transported to the hospital. 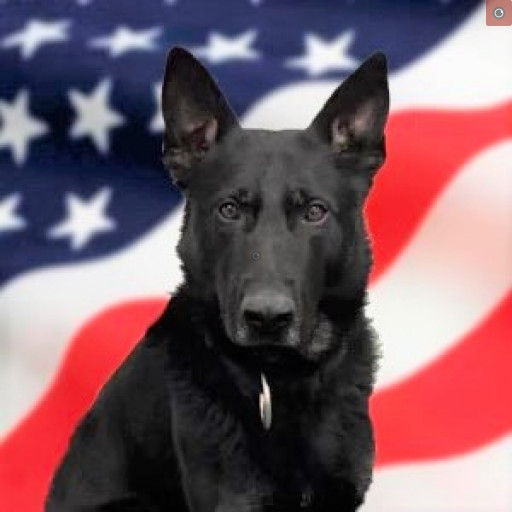