Today, June 14th, is celebrated as Flag Day in the United States to commemorate the day in 1777 when the United States adopted our official flag. Your Keenesburg Police Department is thrilled to wear a facsimile of Old Glory on its official uniforms.

The shoulder patch that Keenesburg overwhelmingly selected to represent the community on the Department’s uniforms features the Bars and Stars as its background. Every police officer commissioned to enforce the law and keep the peace in Keenesburg swears an oath to uphold the Constitution of the United States. Including the flag on our uniforms is a deliberate nod to that oath and the honor each police officer promises to bring to his or her office.

Besides symbolizing the United States and her constitution, the colors embody certain values that every American sees as virtuous and police officers strive to uphold in performance of their duties. The white stands for purity and innocence. The red represents valor and hardiness, while the blue signifies vigilance perseverance and justice.

We are proud to celebrate Flag Day, today and every day, by wearing the flag with honor and dignity as a symbol of our promise to you, the people of Keenesburg, to always do our best and to execute our oaths with peaceful hearts and protector souls. 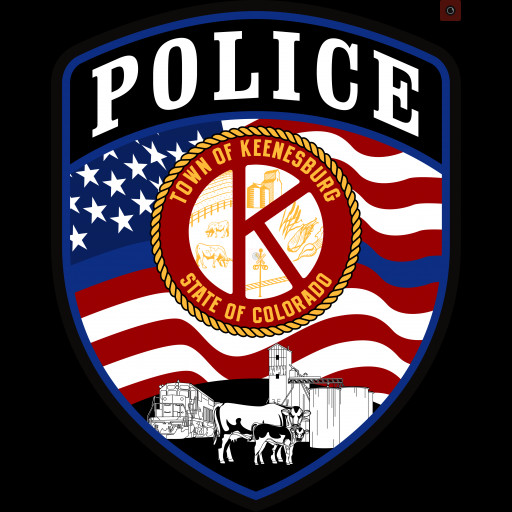