On December 13th, 2022, at the regular City of Craig Council meeting, Chief Cochran had the honor of presenting Corporal Grant Laehr with the Departments Life Saving Award.

On the evening of November 6th, 2022, Officer(s) with the Craig Police Department responding to a male with an accidental gun-shot-wound to the hand/wrist. Cpl. Laehr was first on the scene and immediately applied his department issued tourniquet. The male had extensive bleeding.

When EMS arrived, the male was quickly evaluated and transported to the hospital. On arrival at the hospital, it was discovered that the male had indeed suffered an arterial injury. ER personnel did state that if not for Cpl. Laehr’s quick thinking and action, the outcome could have been very grime for the male patient.

Saving a human life is one of the most precious obligations of our duty. Cpl. Laehr has shown selfless dedication to the Citizens of Craig and our department. 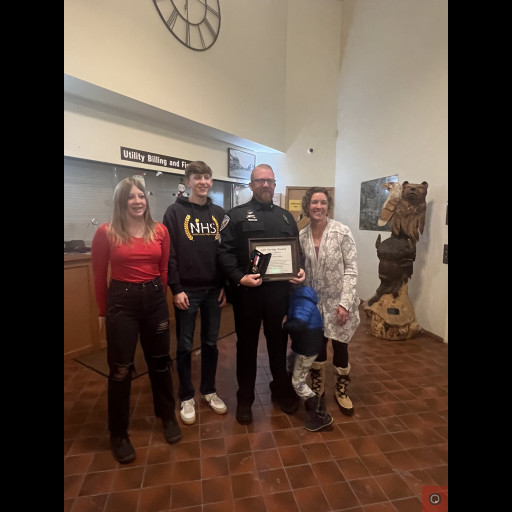 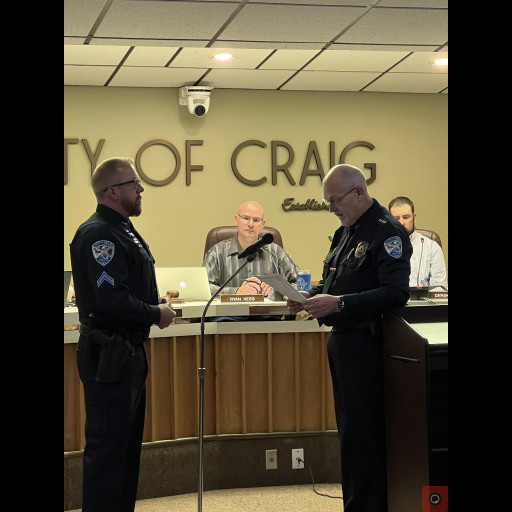 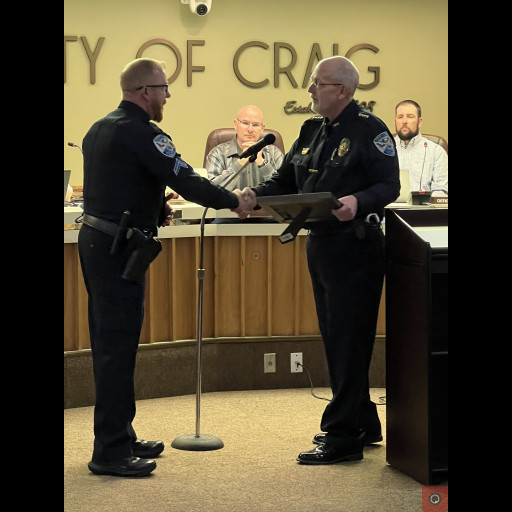