The City of Batavia Police Department reports that Devon A. Wright has been taken into custody, without incident, in Lockport NY on Friday, July 8th, 2022.

Wright was transported to Genesee County Court where he was arraigned before Judge Lightcap-Cianfrini and remanded to the Genesee County Jail with no bail. Wright is scheduled to re-appear in court on 07/11/2022. 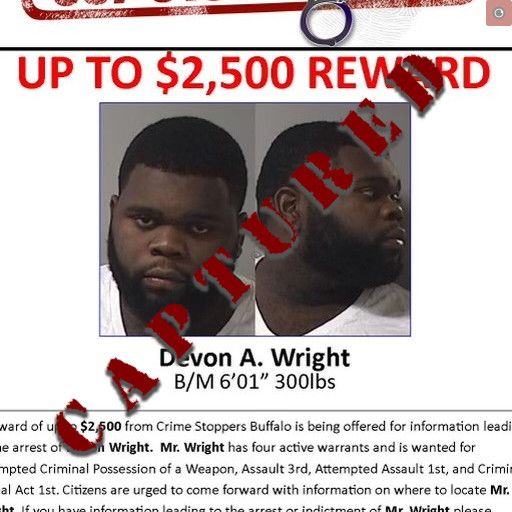